Answers for the Two of You 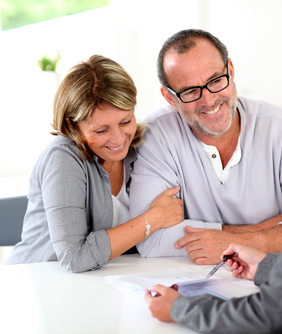 Larry and Darla are a married couple in their early 50’s. Larry called us because he really wanted to get Darla comfortable and involved in their financial decisions. Larry had taken the lead on finances during their married life, but thought Darla should understand more in the event something happened to him. They engaged us to do a financial plan. Darla explained that she never really felt comfortable with their other advisors, and felt that they “talked over her head.” She was embarrassed to say that she didn’t understand the explanations, and relied on Larry to interpret for her. She finally just gave up and hoped that she wouldn’t have to deal with any major financial issues. During the planning process and the delivery meeting, we discussed her concerns and tried to answer in terms that she felt comfortable with. Action items were broken down into steps, with clear explanations of options and recommendations. We’ve been together for several years now, and delight in the fact that Darla asks great questions during our reviews.